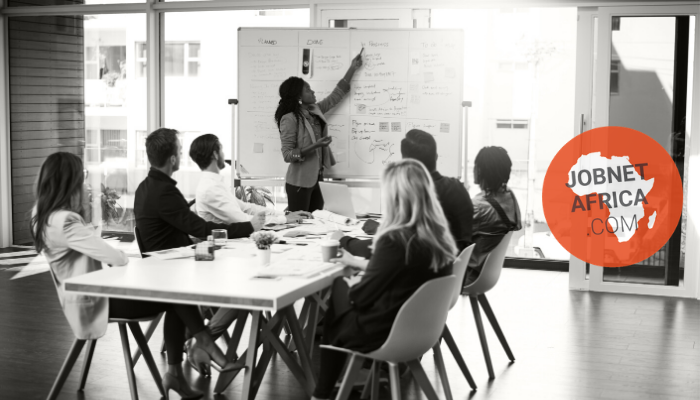 Alette Vonk is a trainer/consultant on intercultural management and JobnetAfrica has worked with her on several occasions. She has written a very interesting article about 'Western' management in Africa and we feel this is very relevant in the field we are working. Therefore we are happy to publish this article by Arlette Vonk on our website.

International managers know it: the best practices and tools of ‘Western’ management cannot be simply transferred to other parts of the world. They need some serious adaptation. Several scholars have written about it, one of them being Osarumwense Iguisi from Nigeria , who throws light on the African context. According to Iguisi, culture has a major role to play in management and in the economy of sub-Sahara Africa and he provides us with some clues on how this can be done.

Iguisi argues for instance, that in Western style management theories, “the emphasis lies on individual accountability and on impersonal definition of functions, therefore reflecting the individualistic culture of these societies as opposed to the collectivistic cultures of sub-Saharan societies” (p. 61). On another note, the motivational measures for personnel in most Western countries, based on reward systems, personal recognition and/or giving responsibility, do not seem to have their effect in Africa. Research by Iguisi reveals that “affectionate relationships between superior and subordinate motivated them much more than recognized achievement, challenging work and participation in decision-making” (p.63).

Apart from such differences, in this article I’d like to elaborate on a related and underlying challenge. This is the fact that sub-Sahara Africa in itself is trying to manage conflicting systems of logic. Apart from the differences with the West and apart from the numerous differences among the African countries and regions on this huge continent, there seems to be one cross-cutting phenomenon. It is as if the Africans have a double version of everything.

In every aspect of life there is (what is locally called) a ‘traditional’ way and a ‘modern’ way of doing things. Hence, there is traditional governance (with elders, chiefs, kings and courts) and there is the modern state with all its layers and institutions. There is traditional law and there is the modern law, and both of them are being practiced to find justice. There is traditional religion (animism) and ‘modern’ religion (i.e. Christianity and Islam); both alive and kicking.  For health related issues, people can turn to traditional and to modern medicine; and in many cases we find traditional and modern marriage, dress, food, language and education, even security institutions like police or army. Last but not least, there is a formal (‘modern’) economy and there is a large informal economy that is governed by more indigenous rules.

Both Iguisi and the historian Vansina  explain this dualism  by pointing to the fact that Sub-Sahara Africa was colonized for a relatively very short amount of time. European powers actually conquered the interior only from the end of the nineteenth century until the 1920s. Decolonization started from the 1960s. “In most cases the colonial system continued only for some forty years after conquest and remained unchallenged only for twenty five.” (Vansina, p. 18). Within this short period, the continent was turned upside down. Fierce fighting, shattered or subdued indigenous institutions and the rise of a new, relatively small elite that was educated into the European traditions. They were the ones that took over after independence. Many with strong ideals but far removed from the culturally disoriented masses.

Today, a “cultural dichotomy” is the result. It can be argued that finding solutions where the best of both worlds meet is one of the major challenges of sub-Sahara Africa as a whole. “The problem lies (…) in the difficulties arising from coexistence of the traditional ways of collectivistic values and Western-derived individualist values,” Iguisi writes (p.68).

Traditions and the cultural landscape of Sub-Sahara Africa

According to Vansina, it will be the traditions of pre-colonial Africa (which naturally are also changing continuously) that will ultimately dominate the cultural landscape of Sub-Sahara Africa. True or not, we could indeed point to one of the cultural dimensions of Prof. Hofstede , which indicates a very Short Term Orientation (STO) of the African states below the Sahara. It stands for the cultural tendency to have the past looming large in the present and a high value being placed on time-honored traditions. It is imaginable that this generally shared STO has deepened fiercely as a result of the cultural disarray and the felt necessity to restore the links with the past. Moreover, engrained ethical norms on good behavior and integrity, which are necessary for any society to function, revolve more around the older traditions. For example, it will be much harder for an African youngster to go against the ruling of a traditional chief, than to do the same thing against a civil servant.

On the other hand, modernity and cosmopolitanism seem to have entered into the veins of Africa as well. Foremost, they facilitate the relations between Africa and the rest of the world. On top, most Africans would definitely not want to go back completely to their traditional ways either. As a Nigerian colleague of mine pointed out, those were also the times of misuse of power and slavery among African peoples. Therefore it is impossible for Africans to make a conclusive ‘choice’ between these different cultural complexes. Diversity, many-faceted identities and structures; slowly emerging complementarity and even slower processes of truly merging institutions: it all seems to be part of African reality today.

In the meantime, it takes time and energy for every family and community, for every company, organization and their members, to negotiate and decide over and over again which way to turn this time. A Ghanaian participant of one of my courses and Senior Manager for a Western organization in Ghana, started to explain the contradictions between some of the goals and activities of his organization on the one hand, and the need to maintain his relational network on the other. He stopped himself mid-sentence, conscious not to reveal everything to the large multi-cultural audience which included his Western superiors. He was not sure whether others would understand it, would still take him seriously or whether one would act upon the information in a damaging manner. Therefore he concluded with: “Well… you know… you have to manage it!” It became the running gag of the training. Managing contradictory cultural systems is daily business for all people in Sub-Sahara Africa and this is even more so for the managers working in the formal economy.