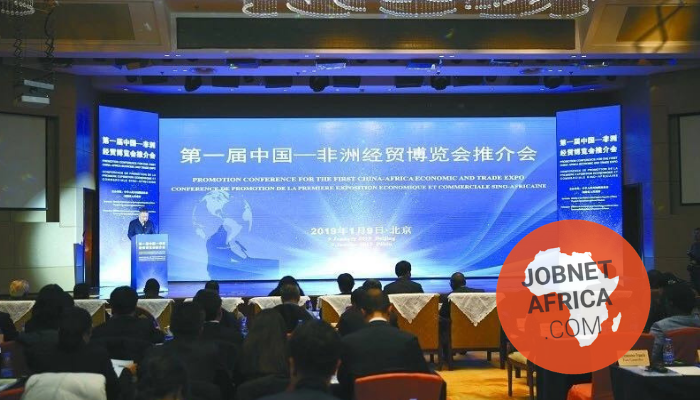 Since China is very active on the business front in Africa and at JobnetAfrica we also notice there is more demand for Mandarin speakers, we found this article very interesting and we hope you do too.

China will hold the first China-Africa Economic and Trade Expo in Hunan from June 18th to 20th this year to strengthen cooperation in manufacturing and agriculture.

The China-Africa Economic and Trade Expo is the first initiative of the first “Industry Promotion Action” of Sino-African “Eight Actions” in the next three years. It is also the only economic and trade activity platform under the China-Africa Cooperation Forum mechanism, which will be held every two years.

The fair is located in Changsha, Hunan, because of the high degree of industrial structure between the local and African countries, and the deep feelings of the people. The first expo will showcase the products of key enterprises who have a business relationship with Africa, including agricultural products processing, electronic information and intelligent manufacturing, energy and power, light textile building materials, engineering machinery and many other fields. Many well-known enterprises, such as HXJQ, actively responded and participated.

Attracting more than a thousand African guests to attend

All walks of life at home and abroad pay close attention to the China-Africa Economic and Trade Expo. The participation of all parties was enthusiastic, and the number of registered guests exceeded expectations. So far, 1,388 guests from 53 African countries have signed up and confirmed their participation; international organizations such as the United Nations agencies in China, the African Union, the World Trade Organization, the International Trade Center, and the Gates Fund have signed up for the conference. Domestically, 31 provinces, autonomous regions and municipalities (including Hunan), Xinjiang Production and Construction Corps, 4 planned single-ranking cities, 16 first-class central enterprises, and more than 100 central enterprise subsidiaries or holding companies, and nearly 800 key industry enterprises will attend or participate in the exhibition. Six provinces, autonomous regions and municipalities intend to hold promotion conferences for investment and cooperation with Africa. It is expected that the number of professional buyers will reach more than 5,000.