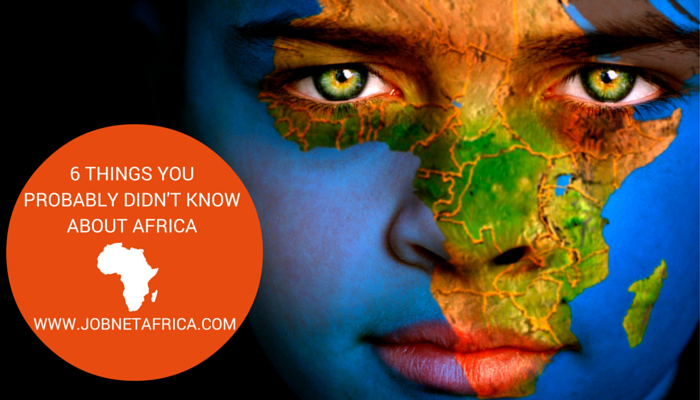 A continent that spans the hemispheres, Africa has been home to some of the world’s oldest civilisations and today has some of the fastest growing nations in the world.

At JobnetAfrica we read a lot about Africa, but you always learn new and interesting facts about the continent.

Here are some surprising things that might be new to you:

1. Over 25% of the world’s languages are spoken only in Africa

There are thought to be around 2,000 languages in use on the continent. All are considered official languages of the African Union. Nigeria alone has over 500 living languages.

2. The African population is much younger than the rest of the world

3. Africa’s population will more than double to 2.3 billion people by 2050

4. More than half of the world’s mobile money accounts are in Africa

5. Ethiopia was the world’s fastest growing economy in 2015

6. Africa has around 30% of the earth’s remaining mineral resources

This includes over 40% of gold reserves and 90% of platinum reserves. Nigeria is the world's fifth largest exporter of oil, ahead of Iraq and Kuwait, according to the CIA World Factbook.

You can read more of these facts on the World Economic Forum.